Eat your way around the world whilst staying in London 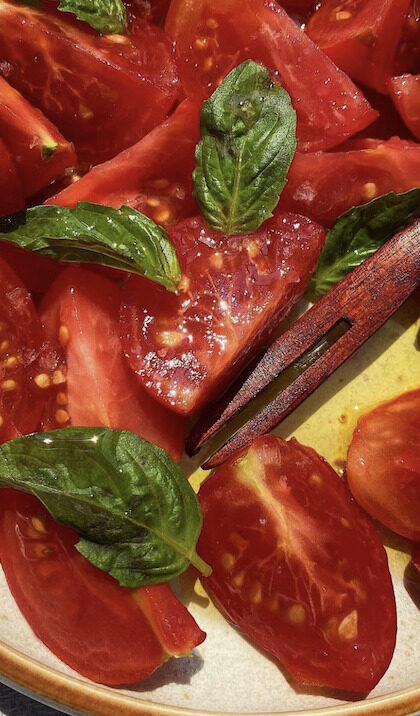 One way to experience the flavour of country is through food, I mean, just food alone can have you booking a flight to destinations for the first time or returning on a number of occasions. Trying new cuisines from different countries is something I love to do, not only are you satisfying the foodie within but it’s a great way to learn about the cultures and traditions of a place. You learn other customs, or dining arrangements, with hands specific eating utensils, many dishes also have their own stories to tell of a long history, all of which creates an experience and could make you want to explore a place in person.

If you don’t know where to start then luckily one major city will spoil you with choice as it has pretty much every cuisine. London! Whether you’re a hun in London or visiting the capital in the future, take your taste buds on an international adventure by trying a few world cuisines all in one place!

Delicious, hearty barbecued meats marinated in aromatic spices is what comes to mind when I think of Brazilian food. I’m talking slow-cooked stews with rice and beans, crispy fritters, wholesome Empadãos filled with chicken, smoky Picanhas on skewers and cod balls, crispy on the outside and fluffy on the inside. Brazilian food is wholesome, colourful and its the one cuisine that never fails to give me summer vibes when tucking in. For a parade of fresh salads and succulent meats then book yourself a table at one of Preto’s seven locations like Soho or Victoria. Or try Fogo De Chão for their popular Market Table of artisan breads, delicious cheeses and flavourful meat delicacies.

My mouth waters at just the sight of Greek food let alone the taste. It’s a cuisine that has nothing complex about it, not the method or the recipes yet is always incredibly delicious and filled with flavour. Souvlaki is what I fell in love with when I visited Athens. A mighty wrap packed with skewered meat, grilled vegetables, creamy tzatziki, raw onions and tomatoes. Head over to The Athenian in White City if you fancy a bite. Something I adore about Greek restaurants is the strong family presence which makes the food all the more wholesome, Lemonia is a great example of this. A family run restaurant located in Primrose Hill serving sensational Greek dishes for over 40 years.

Now I’m a food-hoover, I’ll try anything but Indian food is most certainly in my top 3. From sweet treats like Jalebi or snacks like Samosas to rich dishes like Butter Chicken or Saag Paneer, every dish has the ability to transport you to this vibrant place. Some think Indian food is consistent throughout the country but there’s in fact a vast array of regional dishes but one thing that remains the same is that each recipe is a beautiful blend of herbs and spices sending your taste buds on an adventure. Dishoom is the place to indulge in some Indian cuisine. The flavours are from Bombay but the restaurants themselves recall the memory of Irani cafés which were a significant part of Bombay in the 1960’s. If you want to add an extra layer of luxury to your meal then book a table at Veeraswamy, the UK’ oldest Indian
restaurant offering high-end dining.

I’m a sucker for a pop-up restaurant especially in the summer for their chilled and fun settings. A new place to visit that’s just emerged is Dinner At San’s in Pop Brixton offering mouth-watering Jamaican food like 24 hour marinated Jerk Chicken and Real Pepper Prawns along with their own drinks like Santeni Martini to complete your dining experience. For overall Caribbean flavour, make your way to Fish, Wings and Tings also in Brixton. I’ve had some great Caribbean food in the past but this place is pretty hard to beat. Find a slice of Jamaica through Ma Petite Jamaica in Camden where not only is the food great but so is the music and cocktails.

Japanese food is often described as ‘savoury deliciousness’ which is a rough translation from the Japanese word, ‘umami’. The Sushi and Sashimi, the Wagyu and Tempura, (I’m getting hungry from writing this) I could go on! I haven’t met a single person who doesn’t like Japanese food and there’s a reason for it as everything you try is a delectable surprise. For the huns who especially love Sushi or trying for the first time, I am begging you to head over to Chotto Matte, I am genuinely unable to focus on anything else but how good every bite is there. For a bit of everything, try Robata on Old Compton Street, I don’t need to say much on this one, just go and look at their pictures online and tell me you don’t want to lick the screen.

A cuisine where sweet and sour meets salty and spicy and are all wonderfully fused together. Thai dishes are rich in both taste and colour due to their enthusiastic use of undried herbs, bold additions of fruit and explosive flavour in even the most simple of plates such as salads. Every bite of Thai food is a party in the mouth and is my go-to when I’m craving something extremely fresh. A hidden gem in the city for traditional Thai food is Nipa Thai in Royal Lancaster London, a restaurant with an all-female kitchen serving authentic Thai cooking. Trying the foods of different places is a beautiful way to open the mind and learn about their cultures. Every place, region and city has dishes that add to their unique identity so it’s hard to mention them all but I hope from this article, you’ll take your tongue and stomach on a little adventure and try a few new foods.

From what I know and tried, Israeli food incorporates traditional flavours from other Middle Eastern countries as well as the Mediterranean and oh, does it taste good! If you’ve never tried Israeli food then this is your sign. One of my absolute favourite breakfasts is Shakshuka, a classic Israeli breakfast that is a serious feast. It’s a combination of eggs, cheese and herbs cooked inside a tomato and paprika sauce within an iron pan and enjoyed with bread. Honestly, so good. There’s so much Israeli and Middle Eastern food to try and one great place to do so is in Delamina, Marylebone, a wonderful restaurant opened by a husband and wife with a passion for cooking and healthy eating, offering delicious dishes. 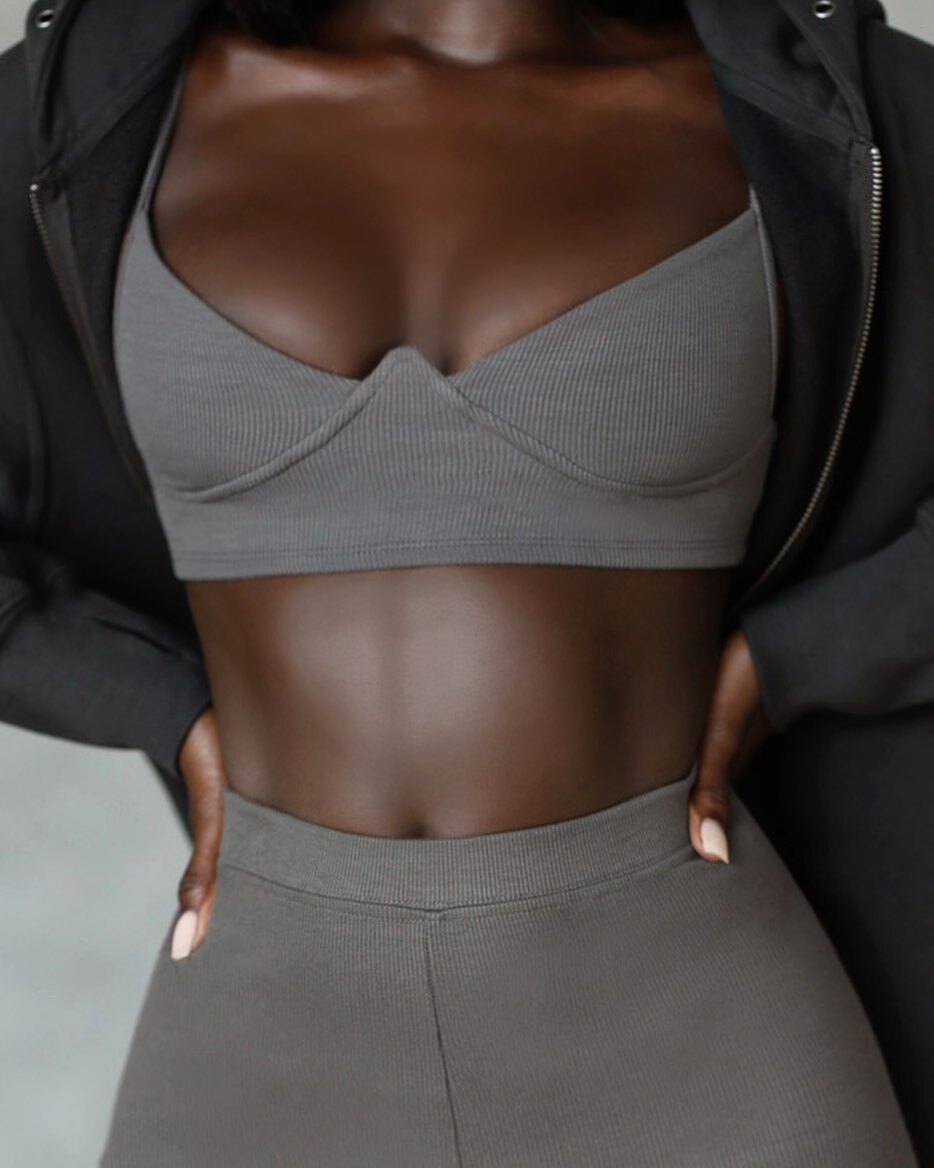 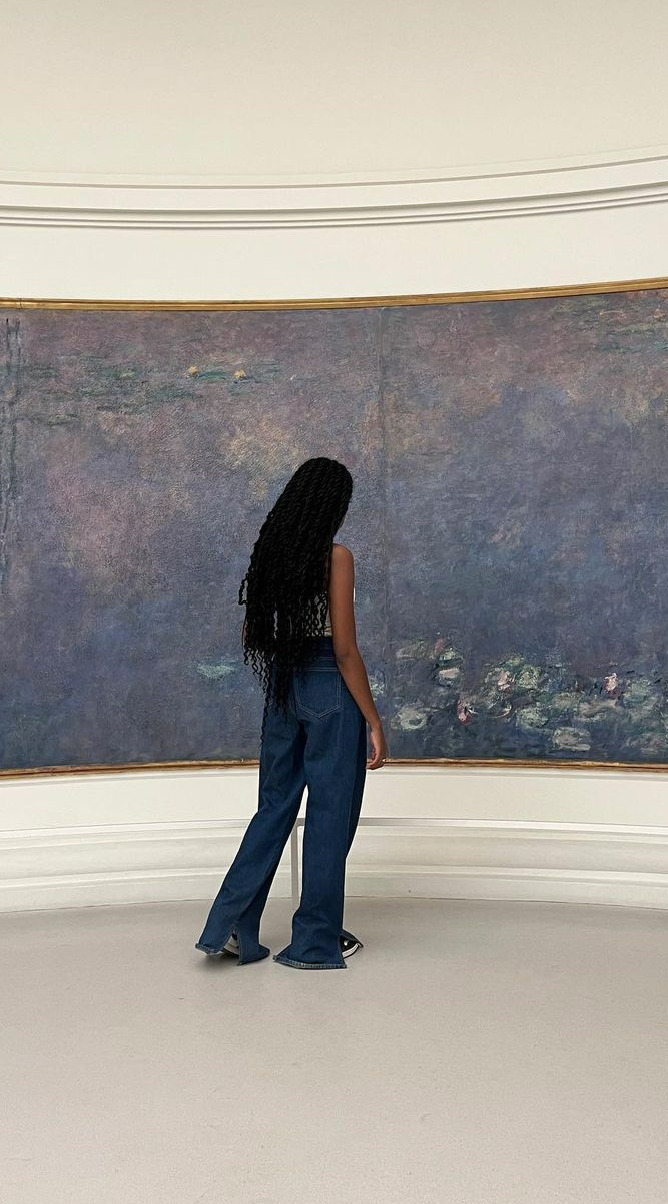 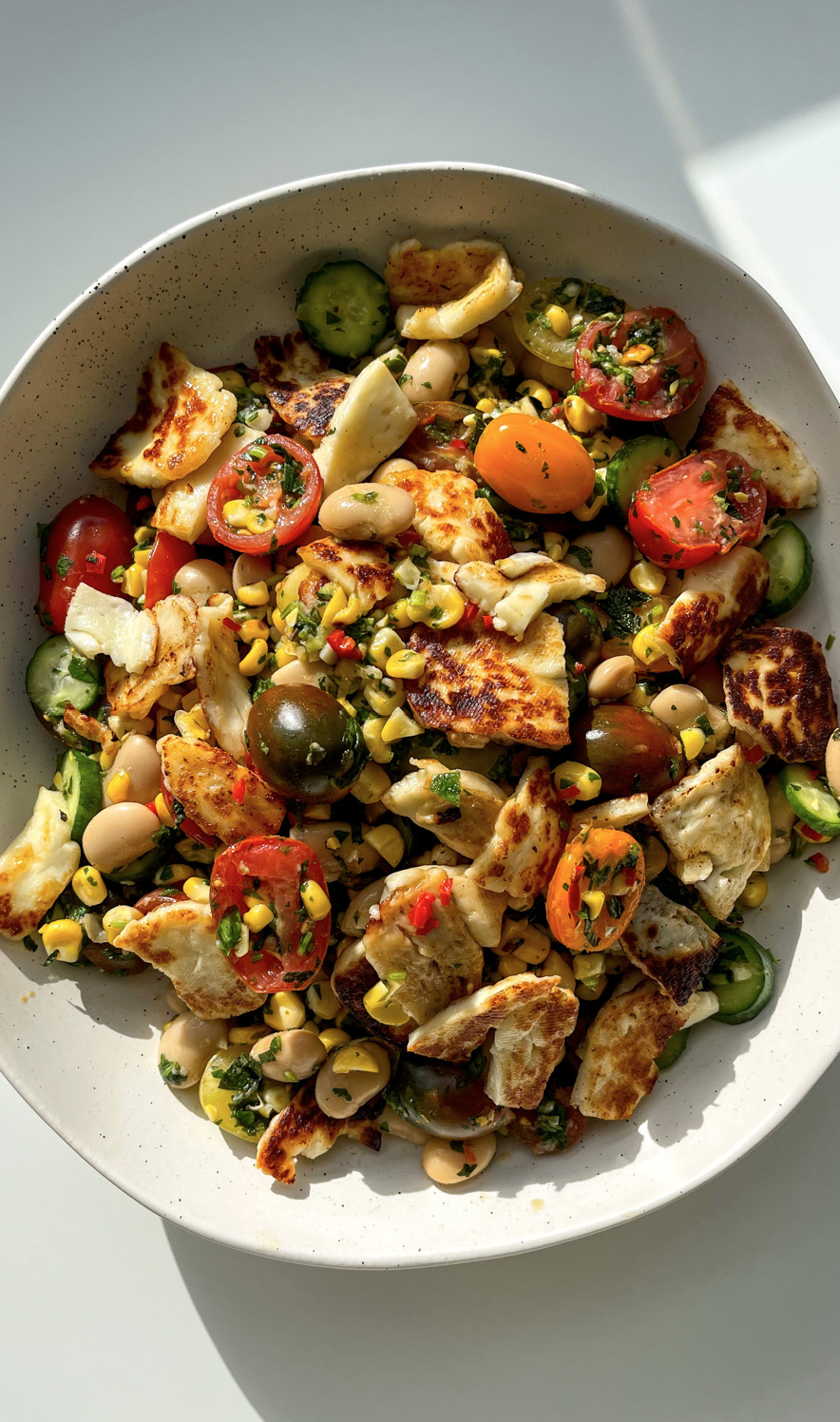 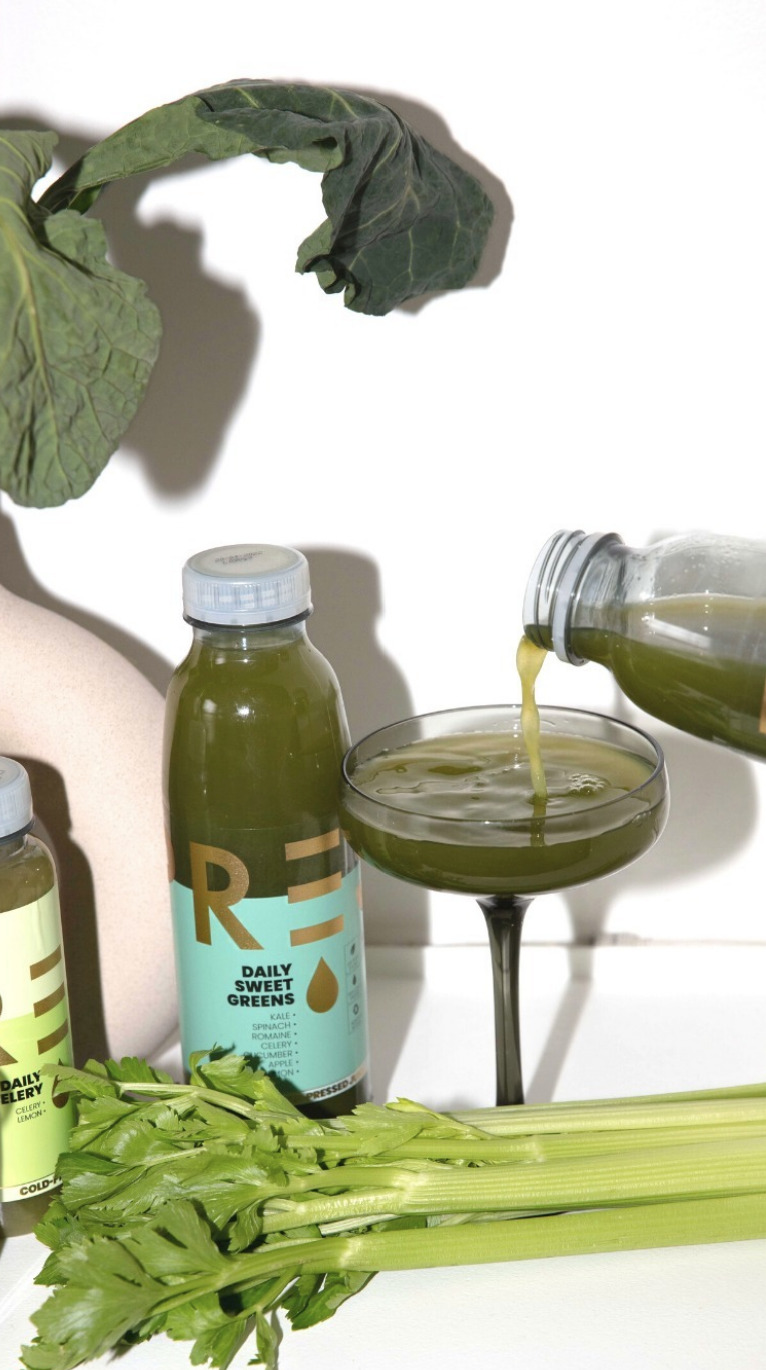 3 foods to start eating for a healthier gut 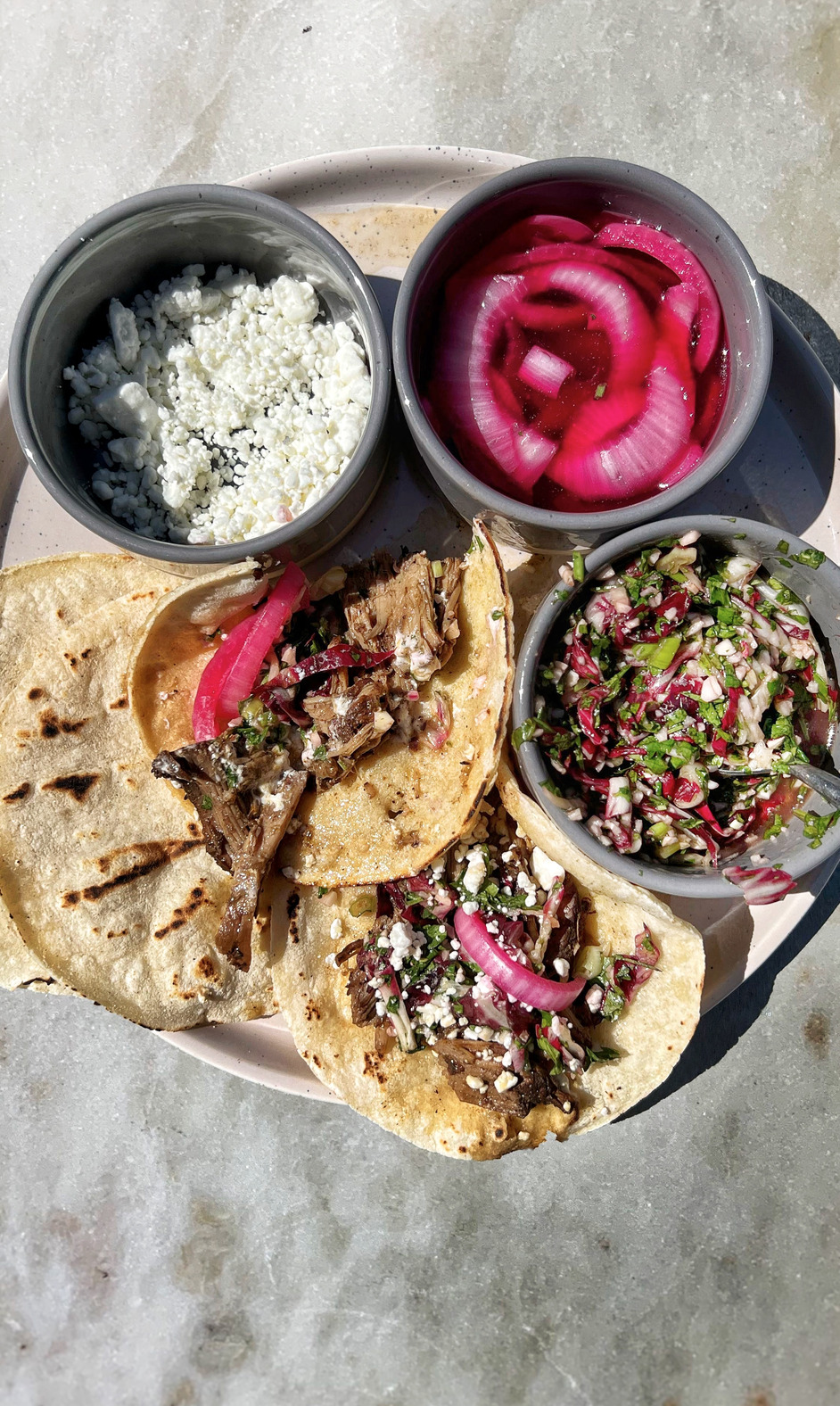